Who is Galen Marek? (Star Wars)

Who is Galen Marek? (Star Wars) 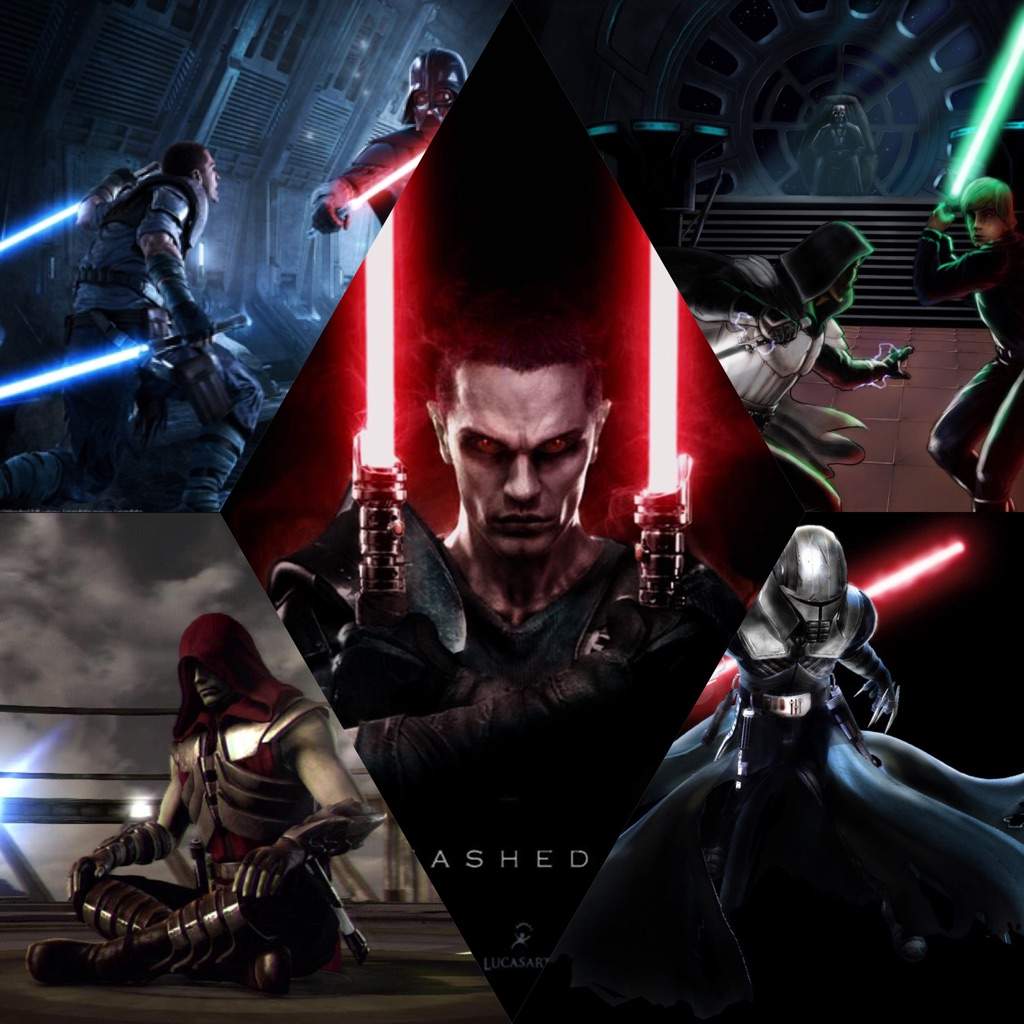 “Today I’m going to talk about Starkiller aka Galen Marek!” Starkiller/Galen Marek, was a male human apprentice of the Sith lord Darth Vader. A powerful force user who lived during the era of the Galactic Empire, Marek originated from the Wookiee home planet of Kashyyyk as the sole offspring of two Jedi knight Mallie and Kento Marek who deserted the Jedi Order during the Clone Wars. Following the death of his mother, the young Marek’s father was killed in battle by Darth Vader. Though only a child, Marek possessed an exceptionally strong connection to force that the Dark Lord of the Sith sought to exploit.

Thus, Darth Vader abducted Marek in order to train the orphan in the ways of the Sith Order. Although the Sith were limited to only two members at any given time, Vader nonetheless trained Marek as a secret apprentice during his own apprenticeship to Darth Sidious, the Sith Lord who ruled the galaxy as Emperor Palpatine. The physical and psychological trauma of Vader’s unforgiving training regimen resulted in Marek’s immersion within the dark side of the force as his Master intended. With his childhood memories suppressed and his original identity forgotten, Marek only knew himself as the Dark Lord’s apprentice; a Sith assassin who operated under the codename “Starkiller” and a living weapon to be deployed against the enemies of Darth Vader.

In addition to the assassination of numerous targets that included Vader’s many rivals, the apprentice trained for years in preparation for the day when he would be ready to aid his Master in a confrontation with Darth Sidious. This singular goal became Starkiller’s obsession as he longed to become a true Sith Lord. The pinnacle of Starkiller’s training saw him deployed against Jedi targets for the first time in his life in 3 BBY and culminated in victories against the fugitive Jedi master Rahm Kota, Kazdan Paratus and Shaak Ti. With the death of Ti, one of the few members of the Jedi High Council who survived Order 66, Darth Vader declared that the time had come to execute their plan to overthrow the Emperor. Elated at the prospect of finally fulfilling his sole purpose in life, Starkiller rendezvoused with Vader on the Executor only to be betrayed and severely wounded by his Master who claimed that Sidious’s spies had discovered the existence of the secret apprentice. Pressured by the Emperor, Vader demonstrated his loyalty by seemingly killing Starkiller. In truth, the betrayal was a ruse that allowed Vader to save his apprentice’s life.

Upon Starkiller’s full recovery in 2 BBY, Vader revealed his contingency plan: the creation of a full-scale rebellion against the Galactic Empire. The apprentice was instructed by his Master to assemble an army of rebels and dissidents in order to distract the Emperor’s attention with a civil war, hence allowing them both another opportunity to assassinate Sidious. Though bitter and resentful toward Vader, Starkiller complied and searched several parts of the galaxy for influential contacts that would be crucial to the formation of an insurrection on a galactic-scale. Through Starkiller’s efforts, three disillusioned members of the Imperial Senate Bail Organa, Garm Bel Iblis Mon Montha Coneved on the planet Corllia where they agreed to join their resources together in opposition to the Emperor’s rule. However, the mission proved to be another deception on Vader’s part; the Dark Lord betrayed Starkiller once more and captured the senators. Outraged by the discovery that his Master was unwilling to challenge Darth Sidious with Starkiller’s aid, the former apprentice journeyed to the incomplete Death Star and intended to rescue his new-found allies from execution. Abandoning the persona of Starkiller, he re-embraced his Jedi heritage as Galen Marek through the partial recovery of his suppressed memories.

During the apprentice’s infiltration of the nearly-complete battle station, Galen Marek confronted and defeated his former Master in battle. Sidious hoped to claim Marek as his new apprentice and goaded him to kill Vader. Instead, Marek attacked the Emperor in a move to provide the senators with enough time to escape the Death Star. His plan succeeded, but ultimately cost the apprentice his life. Nevertheless, his sacrifice facilitated the formation of the Alliance to restore the Republic and the outbreak of the Galactic civil war. The early founders of the Rebellion remembered the apprentice as Galen Marek, the original architect of the Rebel Alliance, and honored his memory by adopting the Marek family crest as the official emblem of the Alliance.

Unknown to the Rebels, Darth Vader preserved his former apprentice’s corpse as a genetic temple for the creation of a more powerful and obedient version of the original Starkiller. But due to the inherent difficulties of cloning Force-wielders, coupled with the flaws of a modified version of the Kamino technique, the initial results were less than satisfactory. Vader was forced to replicate his fallen disciple on multiple occasions in a bid to gradually correct the imperfect procedure. Approximately six months after Marek’s death, the Dark Lord’s experiment—conducted in secret within the Timira city cloning facility—produced hundreds of failurs and a rouge clone who escaped from Kamino. Despite such setbacks, Darth Vader ultimately succeeded in his goal to engineer the perfect clone of his former apprentice. A far more powerful version of Marek, the clone successfully purged himself of the emotional imprints that undermined his precursors.

Star Wars Who is?